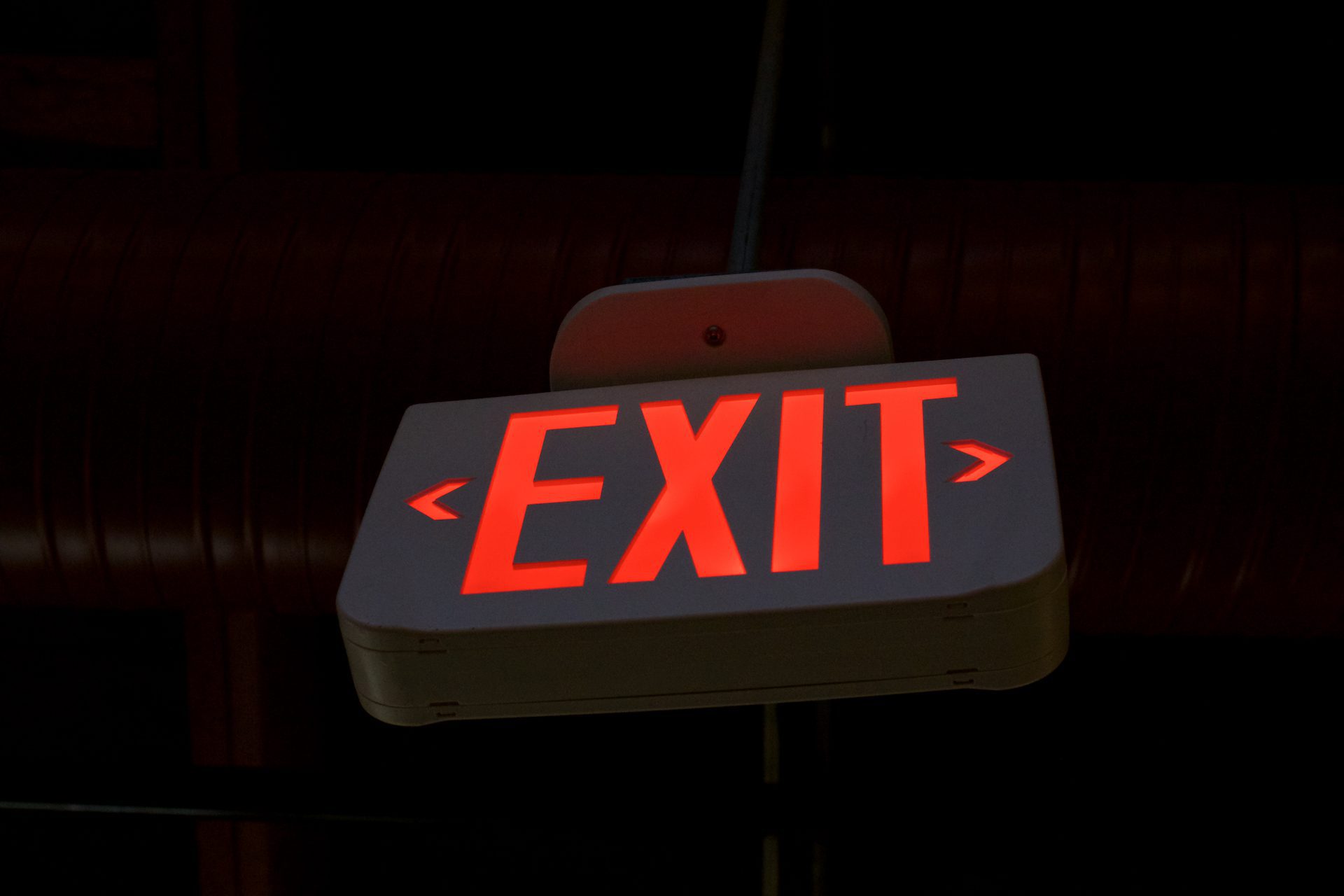 Safety is of the greatest importance in any workplace, private or public building. If you want your employees, tenants, patrons, or guests to remain safe and secure during an emergency, photoluminescent signs are an essential component to your safety measures that involve a loss of electric power.

Without the proper signage in place, emergencies that call for evacuations can become overwhelming and difficult to navigate, resulting in less than ideal conditions for those involved.

For example, if there’s a fire in your building, the electric power will likely shut down and the smoke will compromise visibility. This can make egress and exit signs almost invisible, worsening the situation. However, photoluminescent signs can make the floor plan much easier to navigate, thereby encouraging a quicker and more efficient evacuation.

Safety aside, there are plenty of other benefits to switching over to photoluminescent signage for your building or retail space. Read on to learn more about those benefits.

What Are Photoluminescent Signs?

Photoluminescent signs are egress or safety signs made from a special inorganic phosphorus material to create a film that’s powered by ambient light. This means the material absorbs natural light via photoluminescence — or, charges — storing that light and allowing the signage to glow in the dark when necessary. Fully charged photoluminescent signs can give off a highly visible glow for up to 90 minutes

Unlike traditional emergency signs, photoluminescent signs don’t require electricity and they light up a space. They instead define the space so when an emergency arises, people and safety departments can find their way through the dark with ease.

What Are the Benefits of Photoluminescent Signs?

Photoluminescent signs offer several excellent benefits over your traditional electrically-wired safety signs. Arguably, the most important benefit is their reliability — not to mention how much energy they save which reduces your overall carbon footprint.

Here are the top four benefits of photoluminescent signs:

While LED-powered emergency signs are well-known for their efficiency, they still rely on electricity to illuminate and therefore have multiple internal components that can experience electrical failure. This can result in costly repairs, replacements, and safety hazards should they fail during an actual emergency.

Photoluminescent signs have a much longer lifespan, lasting up to 10 years or more. They’re also 99% maintenance-free, except for the occasional wipe down to keep them clean.

Because these signs absorb and store naturally emitted light as well as incandescent, fluorescent, halogen, and LED light, they’re much more reliable. They don’t require an electrical source and will slowly release the absorbed light (their charge) over several hours to safely direct people to the building’s exits.

When we say installed properly, we mean that the signs must be installed near a light source so that they can fully charge. This light source must be “on” at all times during building occupancy and may not be sourced from a switch or dimmable or motion circuit.

Because photoluminescent safety signs don’t require a source of electricity to charge them or keep them illuminated, installing them can significantly reduce your electricity bill. These glow-in-the-dark signs can also be installed in less than an hour, which can save you not only money but time as well.

What’s more, they don’t require any maintenance, which means you won’t need to call an electrician for safety checks or repairs for up to 10 years.

Choose Identity Group for Your Signage

Photoluminescent lights are a great way to bring you peace of mind when it comes to ensuring you’re compliant with local safety standards and for when things go sideways. They’re also an excellent way to simplify your visual décor.

When you’re ready to make the switch to photoluminescent signage for your building or space, we’re ready to install it. Here at Identity Group, we’ve been creating and manufacturing interior signs for over 67 years — so we’ve had some time to perfect our process and techniques.

Get a quote for your signage now or give us a call to talk to one of our signage professionals!